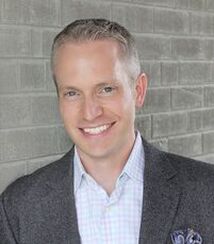 Cory Sandrock
​Cory is the founder and chief executive of Pareto & Company. In addition, he is an adjunct professor of finance and economics at Northwestern University and a frequent business skills lecturer at The University of Chicago. His career has followed a unique path from theatre and film production to investment banking and private equity, with every role combining his creative approach and robust analytical skills. Cory has managed over $3B in financing transactions and has held financial, operational, and transaction lead roles for Northern Trust, The University of Chicago, JGS Investments, UBS, and many other companies. He holds a key board role for most Pareto investments and has led board governance efforts at other firms. He is also a long time supporter of Mercy Home for Boys and Girls as well as GreenMan Theatre Troupe. Cory received a BS in Theatre, Cum Laude, from Northwestern University and an MBA in Finance and Economics from The University of Chicago Booth School of Business. He lives in Elmhurst, Illinois, with his wife Kristina, their son William, and their goldendoodle Dublin. 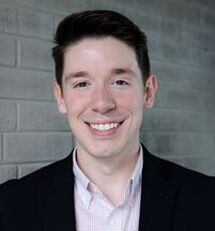 William A. Castellano
William’s early career as a computer programmer and IBM Systems Engineer prepared him for success in IBM mainframe sales and as a leader in the computer leasing industry.  After selling his leasing company to Chrysler he continued to grow the business and was an active director and early investor in The Private Bank. He is a seasoned executive and entrepreneur who has launched successful ventures in the technology and financial services industries.

J. Michael Drew
As a founding principal of Structured Development, LLC, Michael has been engaged in the real estate development and construction management business for nearly 40 years. Michael has extensive experience in all phases of the construction process, especially scheduling of labor forces and subcontractors as well as comparative purchasing of material and equipment.

Gregory J. Landis
Greg served as President of Landis Plastics, Inc., a leader in plastic packaging, and managed its sales growth of over 10% annually for 15 years. He sold the firm to Fortune 500 manufacturer Berry Global, Inc. in 2003 and led its Container Division until retirement. Since retiring Greg has managed self storage and private equity investments, supervised various family investment portfolios, and launched a family office and the Landis Family Foundation.

Daniel A. Lukas
Daniel co-founded Structured Development, LLC, and was previously engaged since 1985 in the practice of law with the law firm of Seyfarth Shaw. There he handled a wide range of real estate, tax, financing, and corporate matters, and gained an expertise in the representation of real estate development firms.

Robert J. Peele
Bob has devoted most of his past 32 years to Wealth Management at both Merrill Lynch and UBS, where he has built and led successful sales teams. Additionally, Bob has served as Founder and Chairman of the Midwest Business Study Council for the past 35 years and is a Partner in Colony 9 LLC, a luxury home real estate development company that owns Forest Creek Golf Club in Pinehurst, NC.

Irwin Steinberg
Irwin is a CPA with 4 decades of experience in public accounting and management. In 1999 he founded Steinberg Advisors, a comprehensive accounting and consulting company, and grew its revenues to $10MM before exiting to a top 20 national accounting firm.  He is also a member of the American Institute of Certified Public Accountants, Illinois CPA Society, Young Presidents Organization Gold Chapter, and the Long Grove, IL Economic Development Commission.

J. Jeffrey Thrall
Jeffrey serves as President & CEO of the Chicago-based Thrall Enterprises, Inc. In this position he oversees a wholly-owned subsidiary, Nazdar Company, a manufacturer and distributor of digital, screen printing and flexo inks, equipment and supplies headquartered in Shawnee, KS. He also helps manage various private equity investments and a minority interest in Plexus Holdings Limited, a UK-based manufacturer of equipment for offshore drilling.
​
J. Randall Thrall
Randy serves on the Board and as Vice President of the Chicago-based Thrall Enterprises, Inc. where he oversees the company’s operating, investment real estate, and private equity investments. Additionally, he served as a Board Member for the National Kidney Foundation and remains a Visiting Committee Board Member for the University of Chicago Hospital.​